There are several economic impacts of the presidential win Donald Trump took home last night, and some are immediate! Investors are relocating money to where they believe will produce the higher return based on predicted upcoming policy changes. For example, it is noted that the election of Trump effectively marks the end to the gun control agenda pushed by Democrats over the course of the last few years (or at the very least, puts a pin in it). Thus, firearm manufacturer stocks plummeted overnight, causing Smith & Wesson’s shares to drop 10.21% and Sturm Ruger’s to drop 12.29%!

It is believed that it was Trump’s acceptance speech that helped reassure investors, encouraging hopes that he will moderate his more extreme positions when actually in office. This was the final push, however capital economists suspect the first factor that played was the Brexit incident, where the majority of British voters called to leave the European Union. That initial shock may have created better preparation for a surprise outcome and to quickly re-position for a fast recovery. 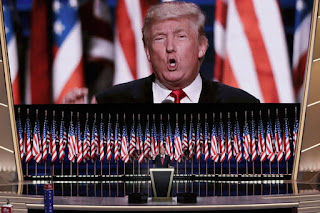 Fitch, one of the Big Three credit rating agencies, released a report warning of the Trump Plan’s effect for America’s creditworthiness in the medium-term. An excerpt is quoted, “tax cuts would increase household disposable income, which could boost short-term growth when coupled with deregulation and higher public investment. But this would depend on how far such measures are offset by potential negative factors such as a hit to private investment from policy uncertainty, financial market developments (for example a rising dollar and falling equities), and adverse trade effects."

Fitch also forewarns suffering of US growth and rising prices if Trump were to pull out of NAFTA and impose new tariffs on Chinese imports.

Posted by Stratton Group of Keller Williams Southern Arizona at 10:27 AM