Donald Trump declared in his acceptance speech of the presidency that America would now focus on an economic plan that would induce infrastructure spending to inadvertently create more American jobs: “we are going to fix our inner cities, and rebuild our highways, bridges, tunnels, airports, schools, hospitals. We’re going to rebuild our infrastructure, which will become, by the way, second to none. And we will put millions of our people to work as we rebuild it.”

It is likely that if Trump delivers on his promise that the effects are not only going to be felt within US borders. Because the US economy is the world’s largest, the US bond market is ultimately the reference point for all other bonds around the world. This led analysts at M&G Investments to contemplate whether his election victory sparked “the end of global austerity” as investors bet on a long-lived surge in global inflation. 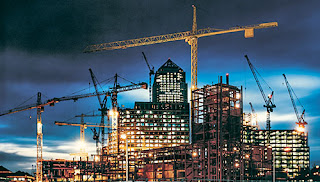 Right now, inflation is relatively at a minimum, sunk to historic lows since the start of the recession almost a decade ago. Much of the developed world is currently battling deflation – less money in circulation, more purchasing power – so if a notable hike in inflation or reflation comes, several markets around the world would be on a learning curve. Investors have bet that the American fiscal stimulus will be recreated in European and Asian markets, therefore amplifying the universal effect.

Posted by Stratton Group of Keller Williams Southern Arizona at 10:11 AM